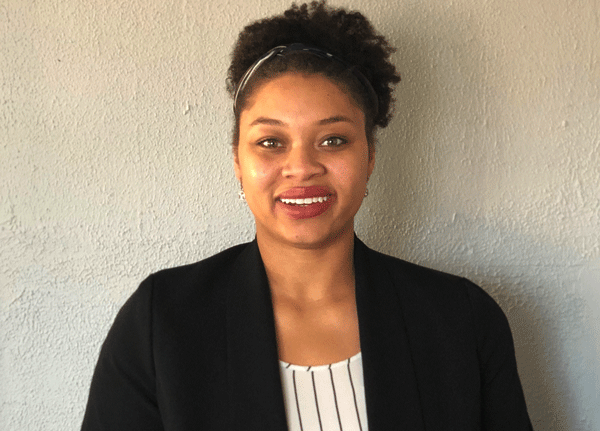 It may be hard to believe, but it's been a year since Faber Daeufer & Itrato's second Equal Justice Works fellow Madeline Middlebrooks began working to address the lead contamination water crisis in St. Louis Public Schools (SLPS). Through an initiative hosted by Great Rivers Environmental Law Center, Middlebrooks has been hard at work implementing a multi-dimensional strategy and advocating for the safety of school-aged children. With a focus on a predominantly African American area of the city, she has spent the past year investigating, coalition building and inspiring change in an area of the city where water contamination poses a serious health threat.

"My first-year goal was to investigate the issue, build a community-based coalition, and directly represent the coalition's interests," stated Middlebrooks in a letter to the Faber firm. "At the time of drafting my Fellowship project, I imagined the community's directive would be a lawsuit or a legislative campaign. After months of researching, investigating records, giving over 30 community presentations, meeting with numerous community members, meeting with elected officials, and connecting with families, the original Fellowship structure has shifted. However, the overarching goal remains the same."

Middlebrooks explained that in May of 2021, she assisted in launching an official coalition of five community-based organizations. After receiving the first round of school lead records, she began cultivating relationships with the groups and advising them of potential solutions to include lawsuits, legislative efforts, and local policy campaigns. Middlebrooks said that, to her surprise, group members were against the idea of filing a lawsuit out of concerns about burdening an already struggling school district. She noted that SLPS has already had to close six schools this year, and an expensive lawsuit would only further exacerbate existing financial problems. Community members voiced their preference for a policy solution instead. "The groups' directive was for me to hold this District accountable, but not create a situation where more public schools would leave their community," stated Middlebrooks.

As she began researching alternatives, Middlebrooks discovered a policy called "filter first," which recommends installing filtered hydration stations in schools to actively remove lead from drinking water. She compiled her research to create a training that advised the coalition and community groups about regulations under the Lead and Copper Rule, state regulations and the filter first policy solution. "After these meetings, I sent a demand letter on behalf of the coalition requesting that the school adopt this policy recommendation. These groups then used the training materials to draft a petition and messaging to pass out among community members at back-to-school events. We also trained canvassers who target the areas with the highest school lead results. These events created a movement of folks sending emails to the school board, the superintendent and the building department in support of the filter first campaign."

Though SLPS has not yet responded to any of the sent correspondence, representatives did announce during a school board presentation that funds have been earmarked to purchase "water- bottle filling stations." Middlebrooks explained, based off the public records provided to the coalition, that this was a major step forward and the first time since the issue was discovered that the school system agreed to invest in new infrastructure at this scale.  The coalition is curious if its organizing affected this decision. She said steps taken by SLPS will be monitored, including efforts to confirm the installation of the proper equipment as detailed in the filter first policy.

In addition to this local initiative, the community coalition has also initiated a state-wide campaign, which was an aspect of Middlebrooks' original fellowship goal. She met with a state representative and began the process of drafting an original bill that encompasses concerns unique to the state of Missouri. She will continue with these efforts over the next few months until filing the bill in December.

Though the fellowship project has slightly shifted, Middlebrooks feels that the community is still in a great position. "We investigated the issue, confirmed the lead levels are concerning, educated over 100 people on the topic, provided legal support to community groups, put pressure on the St. Louis School District, and will introduce a state bill this winter," she said. "This fall, as I support the coalition on the local level and prepare for a busy legislative session in December, I will also expand my work to support community groups working on other lead issues." Middlebrooks added that a community partner recently reached out to her with a request to investigate potential lead contamination issues in the juvenile detention center. "Though I will take on additional lead-related projects while I wait for the legislative cycle, I am still available to the local partners."

Middlebrooks continues to express her gratitude to Faber for this fellowship opportunity. "Environmental justice work is often not generously funded because it is time-intensive work that does not always have a clear path to justice. It takes capacity building, legal research, medical research, organizing and creative problem solving through a legal lens. Because of the nature of the work, communities experiencing environmental racism often are not supported. Connecting with community organizers from my late grandmother's community and giving them unyielding support in this project is a highlight of my legal career. Thank you for giving this community this opportunity to feel supported by the legal community and for allowing this work to continue."